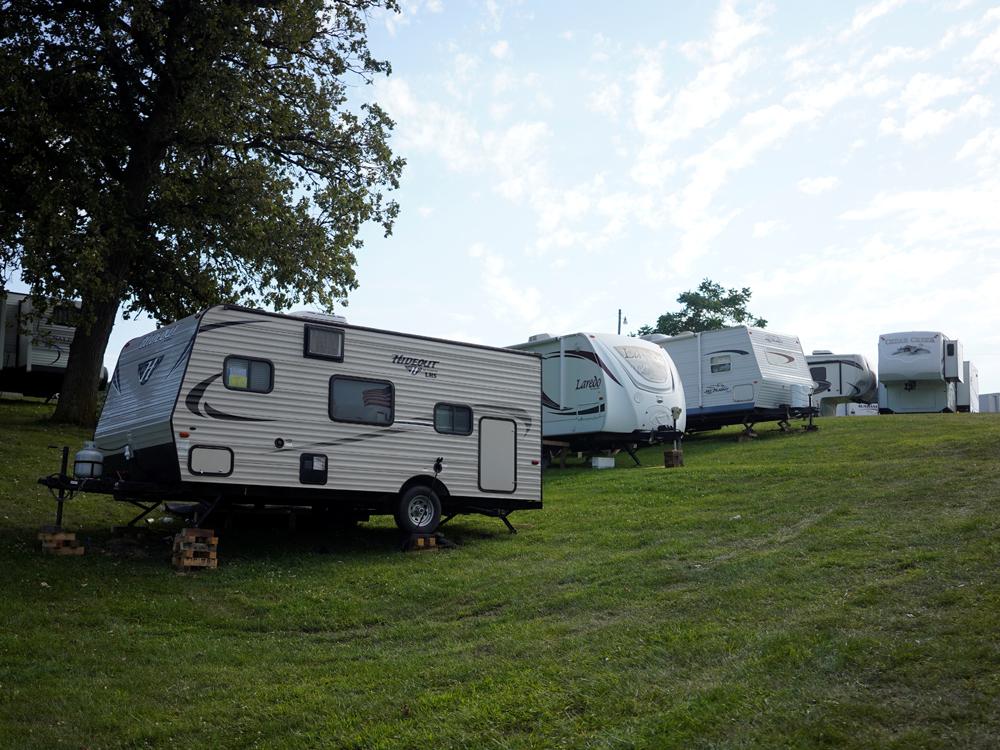 Balking at cottage prices, millennials are driving RV sales
Historically, the Canadian RV market consisted of an older demographic, but around the 2009 recession a new trend emerged
Despite a downturn in sales in the first half of the year due to Canada’s abnormally longer winter and wetter spring season, Canadian recreational vehicle sales remain sizeable — and it’s millennials that are driving new sales.
By June, retailers had sold 25,928 RVs, a 14.3 per cent decline over the same period last year, according to Statistical Surveys. The industry might still be on course to breach 50,000 in sales, after crossing 51,453 in sales in 2018.
Shane Devenish, president of the Canadian Recreational Vehicle Association (CRVA), says the drop in sales was inevitable as 2018 marked the highest number of wholesale RV shipments in more than a decade, but new sales have faced headwinds due to external factors.

“Nothing could sustain it without a bit of correction,” said Devenish. “There have been some outside influences, like perhaps the (U.S.) tariffs maybe scared some consumers off even though most of the manufacturers have only increased their costs slightly.”

The Canada recreational vehicle market is expected to become a $3.6-billion industry by 2023, according to a report from IBISWorld, a research firm. The industry has already registered strong revenue growth of 3.2 per cent between 2013 and 2018, with around 2.1 million Canadian households owning an RV.
Historically, the Canadian RV market consisted of an older demographic, a group that remains a core audience, but around the 2009 recession, Bruno Tombari Jr., the owner of the Bella Vista RV Centre in Orillia, Ont., started noticing a trend.
“That barrier to entry — the purchase price of the unit — has come down over the last decade so we’re seeing younger buyers being able to enter,” said Tombari, Jr. “I think the real estate market and those prices going where they’ve gone, these buyers can’t step into that cottage or second piece of real estate.”
Millennials like adventure, and they may own a condo or rent an apartment but they want to get away on a weekend
Shane Devenish, president of the Canadian Recreational Vehicle Association

Cottage prices nationwide rose five per cent to an average of $411,471 in June, compared to last year, according to real estate broker Royal LePage. Meanwhile, a beginner trailer can set an aspiring camper back by anywhere between US$11,000-US$35,000.
The IBISWorld report predicts a decline over the next five years in the median age of Canadian RV owners to 41.
Meanwhile, the 2019 North American Camping Report states that 61 per cent of RVers are owners rather than renters, a five per cent increase over previous years, which it attributes to millennials and Gen Xers eager to own assets.
The report also states that millennials made up 56 per cent of new campers in 2018, with Gen X comprising another 25 per cent.
“As younger campers stay committed to camping — and enter into new life stages as they marry and have children — their behaviourial changes bode positively for the industry,” reads the Camping Report, published in April.
Outdoorsy Canadians are also looking to go mobile rather than stay put in camps, with tent usage dropping from 60 per cent of those surveyed in 2016 to 51 per cent in 2018, while the use of RVs has risen from 22 per cent to 30 per cent, the report stated.
“Similar to last year, 42 per cent of Canadian households tried a new accommodation in 2018, and one-third say they would like to try a luxury cabin in 2019,” according to the report published in April.
Tombari Jr., who is also the president of the Ontario Recreational Vehicle Dealers Association, (ORVDA) says that this trend is applicable across Ontario.
“We’re seeing the popularity with younger families in smaller trailers. They’re 18 to 25 feet, about a $20,000 to $25,000 purchase price,” said Tombari, Jr. “Financing’s around $125 to $150 a month to be able to go out and vacation.”
The market’s popularity and its encroaching millennial takeover is evidenced by Outdoorsy, a fully-insured Airbnb-type company for RVs, which has seen a 400-per-cent increase in bookings over the past three years, with 40 per cent of its customer base under the age of 40.
“Millennials are worried about the world and want to explore it, and they’re increasingly opting out of marble-floor hotels and mass marketed tourist attractions,” said Jen Young, the chief marketing officer of Outdoorsy.
As many 60 per cent of campers in 2018 said they were likely to rent from a peer-to-peer RV service, according to the Camping Report.
“Millennials like adventure, and they may own a condo or rent an apartment but they want to get away on a weekend,” said Devenish. “They’re taking their adventure with them, and they take their RV with them and they don’t have to go home or go to a hotel, they can park it by the lake.”
Regionally speaking, Western Canada has the highest rate of RV ownership in the nation, at 68 per cent of those who camp, according to the 2018 Camping Report. Alberta has the highest per capita ratio of RV owners, at two in every ten households.
According to Devenish, Alberta’s less-than-stellar economy in recent years, with a 7 per cent unemployment rate, likely played a role in the decrease in RV sales. He was unable to give specific numbers, and the Recreational Vehicle Dealer Association of Alberta did not respond to Financial Post’s requests for comment.
“That economic situation has contributed, probably more than slightly, to the decline,” said Devenish.
Financial Post
Nicholas Sokic
August 21, 2019
7:52 AM EDT